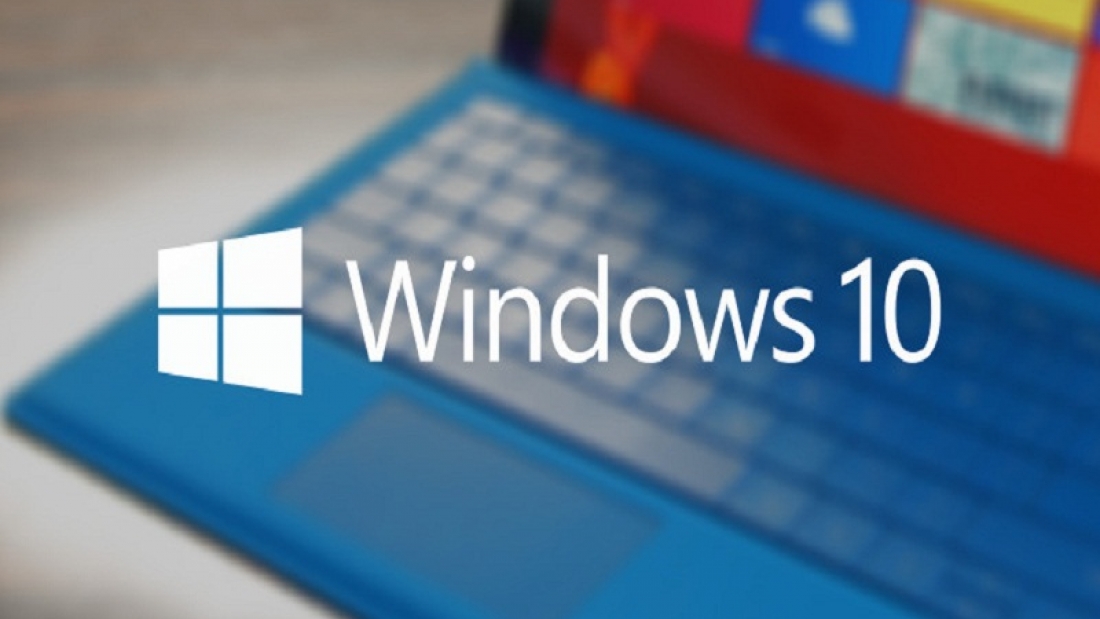 Just a few days ago, Microsoft introduced interesting new features in Windows 10 with the release of the spring update. Officially known as the update of April, this compendium of improvements introduces numerous optimizations at the level of performance and safety, but above all, improvement of experience.

The spring  update of Windows 10 focuses the bulk of its changes on a series of changes designed to improve our productivity. Making it easier to work and reducing the time we lose with inopportune notifications or waiting for the PC to load. But many of these developments are a little hidden. So not everyone knows how to take advantage of them. We show you its operation below.

The spring update for Windows 10 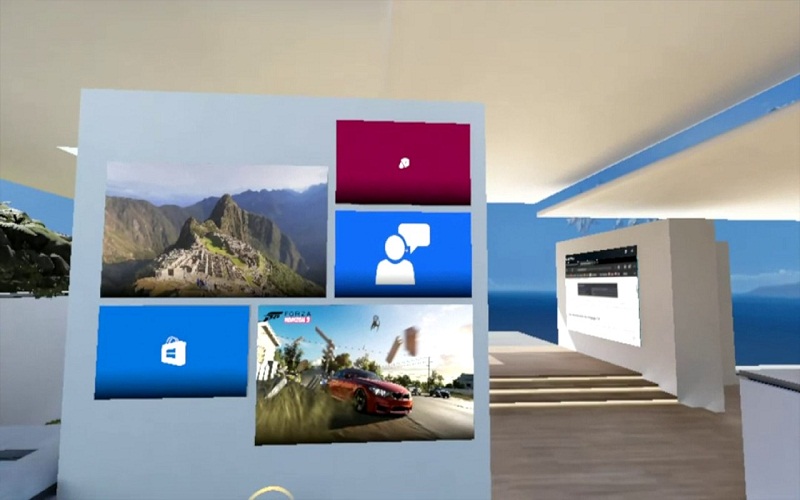 Timeline, or timeline, is the star feature of the Windows 10 spring update. This feature, which had to have arrived last fall but ended up getting lost along the way. Makes it possible to navigate between applications as if we were stuck in a machine of time. Turning back to edit documents that you no longer remember where you got or check what applications you executed.

The Windows 10 timeline can be synchronized with the cloud to take advantage of it using multiple computers and has a storage period of 30 days. To take advantage of it. Just press the combination Windows + Tab and the activity menu will be displayed. With a scroll bar to the right, marking the hours and days of work.

Concentration assistant: no one distracts you

Another extremely interesting feature that appears with the update of April is the one known as concentration assistant. Basically, this feature allows you to block the appearance of inappropriate notifications while you work. Thus avoiding inconvenient interruptions during the day so that we can focus our attention where it really matters.

The Windows 10 concentration wizard is accessible from the configuration panel and allows you to block all notifications, leave only alarms activated. Or mark applications and contacts with special permissions so that they can notify you in case you really need to divert your attention. Also. It can be programmed for hours. And when the concentration period ends you will receive a summary with everything you have lost. Fast, simple and very practical.

Dictation: change the keyboard through the micro phone 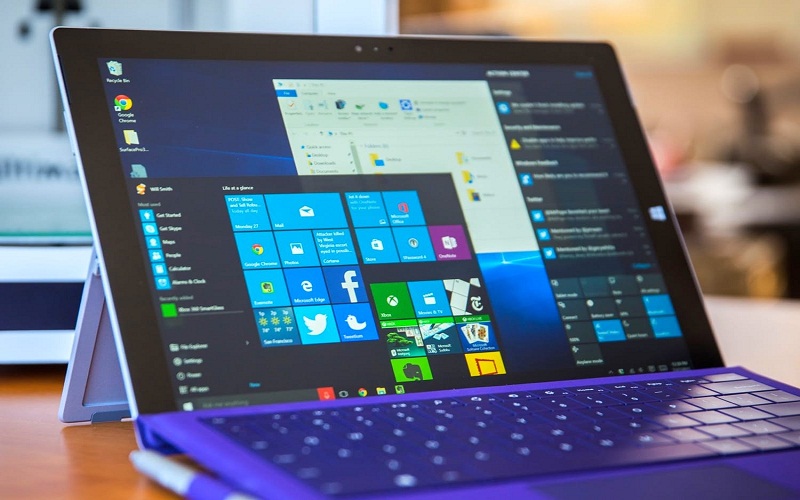 There is no doubt that Cortana has been a revelation. Microsoft’s digital assistant pizpireta is able to search the Internet. Open applications and count the worst jokes you can imagine. But still was not able to make transcripts. This lack is now resolved with the dictation function.

Introduced in the latest update, the new text recognition of Windows 10 not only serves to invoke Cortana and interact with it. But also makes it possible to enter text in applications that support its introduction through a keyboard. You just need to have a microphone and press the Windows + Control + S combination.

The activation of the dictation function is within the Interaction section, which you can search under the same name in the Windows configuration panel. Take a look, because it will surely be disabled by default .

Sharing files between computers could not be easier. You click a hard drive or USB, copy the documents and connect it to the PC where you want to work with them. But … and what happens when we talk about mobile devices and we do not have a cable at hand? Then the problems arise. Problems that the spring update solves in a stroke.

Among the new features introduced in Windows 10 we can find what Microsoft calls “shared use in proximity”. Basically. This feature allows you to send content via Bluetooth or Wi-Fi in a simple way. Thus avoiding to resort to services in the cloud or emails.

This feature is disabled by default. To activate it you must open the configuration panel and look for the “shared experiences” section. 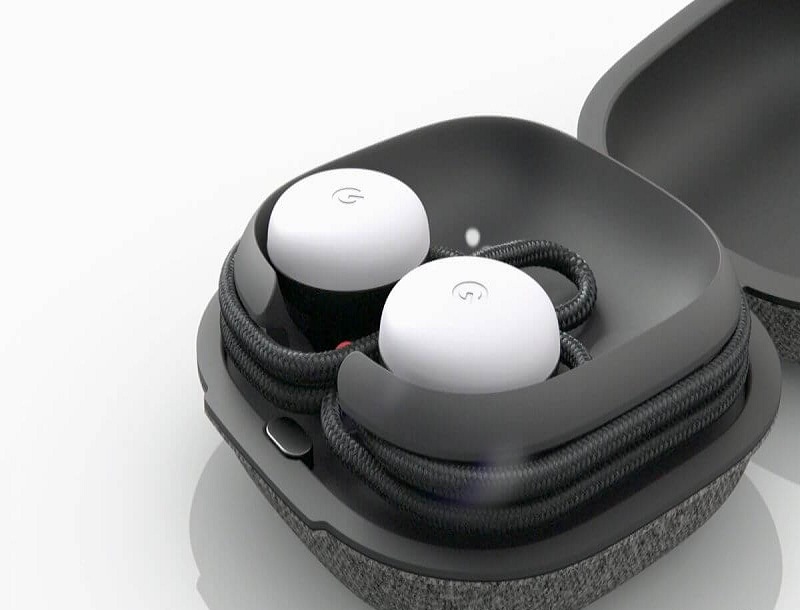 Another point related to wireless connectivity that has undergone a thorough revision is the association of Bluetooth devices. Whether it was a telephone or a keyboard, connecting these devices to the PC was a little complicated. Forcing us to navigate between menus and establish a link manually.

The new process is much simpler. After the April update, whenever we have a Bluetooth device nearby with the pairing mode activated.

For now, this connection method is only available for a handful of devices such as the Surface Precision Mouse. But companies like Logitech are already working on offering compatibility with their products.

Windows 10 has always been a little chaotic when it comes to managing the volume of various multimedia applications. Now these controls are centralized and are much more accessible thanks to the new device preferences screen. Which will allow us to establish the input and output connections as well as the volume.

To access this control panel you can go to the sound section in the Windows configuration  and look for the corresponding option, located at the end of the screen.

Do not get dizzy start applications

Have you ever wondered why there are so many applications running just start the PC? Many times this type of programs are loaded alone after installation. And there is no way to evict them if you are not uninstalling them. Or touching the Windows configuration in a granular way, something that is not always liked by the most novice users. With the April update, Microsoft provides simpler access to these applications.

Going to the section of the beginning in the configuration of the operating system we can find a list with all the applications that are executed when turning on the PC. Some of them are necessary or it is advisable to have them there. But it is possible that many others are totally superfluous. Do you want to avoid booting with your PC. Save memory and improve the performance of your computer? Turn them off and forget about them. 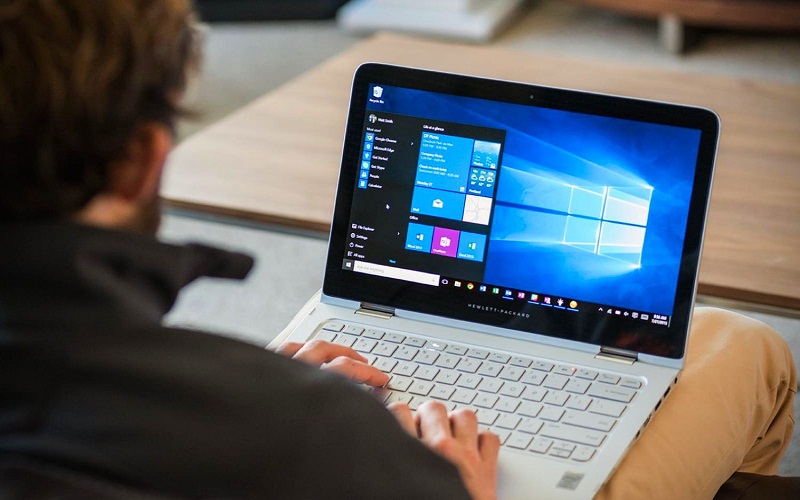 Finally, Microsoft has made important improvements in the clarity of sources. Endemic problem of Windows 10 where they are, until now many programs showed blurred texts. And even little legible in high resolution screens by the way in which the operating system treats the installed fonts. This changes with the April update

People who have a computer with a high resolution screen and experience source failures can go to the screen settings. There we will find a section called advanced scale configuration, next to the parameter that we must activate. An option that will undoubtedly thank the owners of a laptop particularly affected by these types of problems.

To install the update for April for Windows 10 you only have to look for the latest updates from the operating system or download the update tool offered by Microsoft on your website.