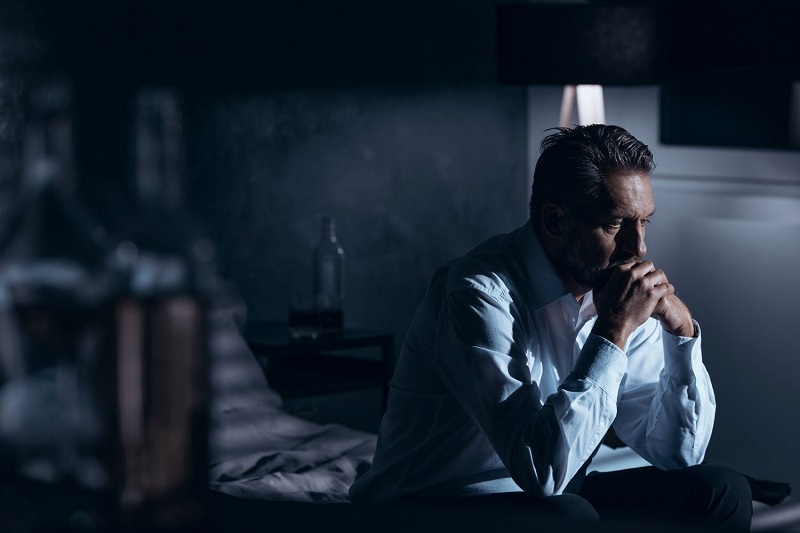 In its simplest terms, a midlife crisis can be said to occur between the ages of 40 and 60, when a person may find himself looking back wistfully at his youth, while at the same time struggling with his own mortality and impending old age. However, the causes of the midlife crisis are actually much more nuanced than a simple apprehension of aging. Middle age can be described as an emotional melting pot, where a myriad of factors and events converge to cause doubt, fear, sadness, or anger.

Interestingly, happiness, when plotted on a graph, has a U-shape. In other words, our youth is characterized by happiness, which begins to decline in late adolescence, hitting its lowest point during – you guessed it – middle age, before rising again in the third stage of life. It is natural for those in the valley of the U-shape to believe that life can continue to get worse. After all, this has been the general trajectory up to that point! But then something strange and unexpected happens – our happiness typically starts to increase again when we’re 50, growing steadily as the years go by. Although there is a lot of dataIn support of this U-shaped happiness curve, the idea that the light in our lives constantly dims as we get older is a much more pervasive idea in Western culture. Hence, the midlife crisis.

Where did the idea of ​​a midlife crisis come from?

The term “midlife crisis” was coined by Canadian psychologist Elliot Jaques (pronounced “Jacks”) after going through a period of questioning and despair himself at the age of 36. The term first appeared in the press in his 1965 article entitled “Death and the Mid-life Crisis”.

The idea caught on quickly. At the time, life expectancy was increasing as a result of advances in medicine and living standards. The average life expectancy in Western cultures was around 70 years, meaning 40 was no longer the beginning of the end. Furthermore, the cultural upheaval of the 1960s – the civil rights movement, more women in the workplace, the pill, the growing popularity of therapy, and growing acceptance of divorce – meant it was easier than ever to change the own life. With these opportunities came the questions – people began to wonder if they had chosen the right career, if they should go back to school, or if they still truly loved their spouse.

In the 1970s, the midlife crisis was firmly rooted in culture. It was seen as an inevitable part of life, a normal transition, such as adolescence. Best-selling books on midlife crises and how to overcome them flooded the self-help wards during the 1970s and 1980s

What are the signs of a midlife crisis?

How do you know that what you are experiencing may be a midlife crisis? According to the American Psychological Association, the signs of an emotional crisis are evident from “a clear and abrupt change in behavior. ” These can include giving up personal hygiene, dramatic changes in sleep patterns, weight changes, mood swings, and withdrawal from routines and relationships.

Other signs include the following:

Again, feelings of general questioning and apprehension are quite normal in the middle age period. While middle age can be a time of peak performance in terms of health, family, career, and social life, all of these factors can also contribute to feelings of overwhelm, doubt, and fear. For example, middle-aged people may find themselves the main caretakers not only of their children but also of their parents or other members of their family. People are much more likely to have experienced a life crisis such as divorce, chronic illness, the death of a loved one, or financial struggles at this time in their life, leading to a sense of disillusionment and hopelessness.

Are Midlife Crises Different for Women?

Although the midlife crisis affects men and women alike, there are complicating factors for women, mainly due to hormonal problems caused by menopause. The drop in estrogen and progesterone levels has been found to disrupt sleep, cause mood swings, and reduce energy. Additionally, menopause can cause memory loss, anxiety, weight gain, and a decrease in interest in activities that were once enjoyable.

For women, aging has always been a minefield. Society expects women to be attractive, fit, and young. Failing to conform to strict beauty standards can have serious repercussions for some women, especially those who are there for all to see. Many women are seen as less attractive as they age, in contrast to men, who are seen as more dignified and sexy as they mature. There is no female equivalent of the “silver fox”, for example. Instead, from middle age onwards, many women feel invisible, unseen, and underappreciated. Of course, these feelings of insignificance only add to the complicated feelings of a midlife crisis.

Is it a midlife crisis, depression, or dementia?

While a midlife crisis can be considered a normal life transition, depression is a serious, sometimes chronic condition. The main difference between the two is that symptoms of depression are most often present on a daily basis for a number of weeks or months. Depression is also not age-dependent. Depression can and does affect people of all ages. It is also a biological condition, while the midlife crisis is circumstantial. To complicate matters further, a person experiencing a midlife crisis may also be depressed.

Dementia is an often overlooked condition that also shares similarities with the midlife crisis. The Alzheimer’s Society reports that 5% of cases start before the age of 65. People with dementia tend to experience confusion, planning and thinking problems and daydreaming. They can be easily frustrated and irritable. These are all signs of a midlife crisis – it’s important to pay attention to your own feelings and behaviors, as well as those of loved ones, and seek or suggest someone for help if they appear to be struggling.

How to get out of a midlife crisis

Each of these activities can help you review your perspective on what middle age means to you and help you move forward.

When to seek help for a midlife crisis 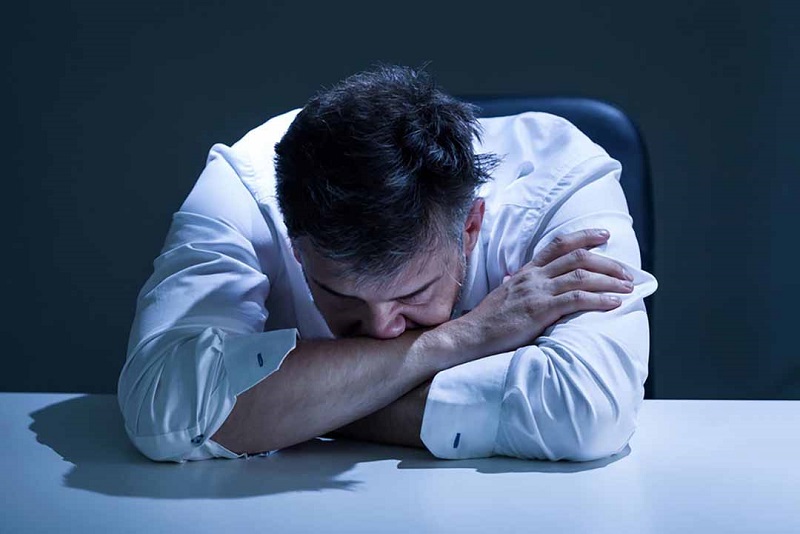 Maybe you’ve tried some or all of the above activities and nothing seems to work. It may be time to consider visiting your doctor or speaking to a licensed therapist. Your doctor may be able to prescribe hormone replacement therapy or antidepressants to help you combat the physical and emotional symptoms of a midlife crisis. Talking to a mental health professional can also help clarify the underlying symptoms and causes. More than anyone else, a therapist can help you identify why you are struggling and devise strategies for moving forward proactively.

It is a good idea to seek professional help if: