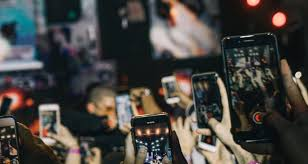 In a world where technological advancements mean that new trends hit the industry regularly, it’s tempting to assume most will be fads and won’t be around for very long. This is often the case because the needs and wants of gaming consumers force manufacturers and developers to create new and exciting features to enhance the playing experience.

However, some are here to stay. Several of them, such as the introduction of VR headsets, appear self-evident as they will only make games more immersive. Still, some are less apparent, even though they are taking over the sector and impacting the titles people choose the platforms they play on, and how often they game. What are they? Carry on reading to find out more. 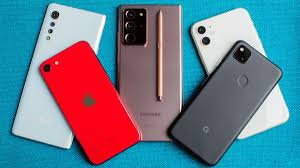 Merch isn’t a new phenomenon. For starters, the entertainment industry has used it for decades to monetize its products and services. This is usually seen in the film and music industries, where fans purchase clothes and hard copies of their favorite songs and movies. Video game physical merch and collectibles date started to appear as far back as the Atari 2600.

Even the basis of the business plan hasn’t altered – use merchandise to make extra money. What has changed is the importance of accessories to modern-day gamers. Previously, Nintendo and Atari used them as separate extras, encouraging passionate fans to start collecting their favorite games. It worked to an extent, as this Standfast Creative article shows by examining the reasons behind the craze. Today’s platforms are different as require players to invest in specific equipment if they want to get the best from the experience.

Sony’s virtual reality headset is a prime example since it’s designed and adapted to PlayStation platforms. While other headsets might work, they won’t offer the same level of sophistication. Pokémon Go is another case of the merchandise being imperative to the user experience as it once relied on Pokedexes and playing cards, whereas now the current version is all about the mobile app, the most important accessory of them all. It’s this evolution from the brand’s 90s and early 2000s approach to their recent strategy that makes Pokémon the highest-grossing media franchise of all time. Many others, such as Marvel, have followed suit.

Games are made to be played, but this hasn’t stopped influencers and celebrities from ushering in a new era of dominance. The result is that developers and manufacturers must evaluate how their offerings can be consumed by spectators before they hit the open market. Otherwise, they could lose loyal supporters.

This element of contemporary gaming is real, especially when Twitch boasts an impressive 120 million monthly viewers. Growth isn’t going to end anytime soon since the most dominant streaming platform for eSports is projected to have 188 million viewers within two years. That’s an eye-watering jump of around 140 million members in five years based on data from 2017. Of course, it’s impossible to speak about the subject of video views without mentioning YouTube. YT isn’t just the largest social media site in the world – it’s a juggernaut that won’t stop.

Last year, for instance, The Verge reported that it recorded more than 40 million active gaming channels on its platform. According to the article, YouTube had its best year ever gaming-wise as audiences racked up more than 100 billion hours of views. These facts and figures suggest that the only way forward for the gaming sector right now is to continue on the same trajectory because the relationships with YouTube and Twitch are too lucrative to turn down.

The Feedback Power of Feedback

Feedback is a constructive way for gamers to avoid silly mistakes and focus on the releases that are likely to provide a superior experience for players. Until recently, this happened through word-of-mouth, when fellow enthusiasts played titles and told the community what to buy and what to swerve. The power of this trend has grown in recent years due to the introduction of the internet.

The market that highlights this best is the casino sector because wagering establishments rely on unbiased teams to decipher a host of features. Vegas Slots Online says the top remote casinos include everything from huge bonus offers to games and banking, which is why a detailed guide is essential. After all, a vetting process that gamers believe in leads to a million monthly visits that trust the company’s recommendations. Those looking for more information can read more about specific software providers too.

Now, people can quickly consume the information they require in the blink of an eye. As a result, the impact of review sites on gaming is immense. For example, a study on Games Radar shows that expert reviews have a massive impact on consumer behavior as there is a link between healthy feedback and sales.

With this many people depending on review platforms throughout the industry, it’s impossible to see the usefulness of positive feedback waning. The same goes for intertwined merchandise and gaming spectators as they are integral to the playing experience.