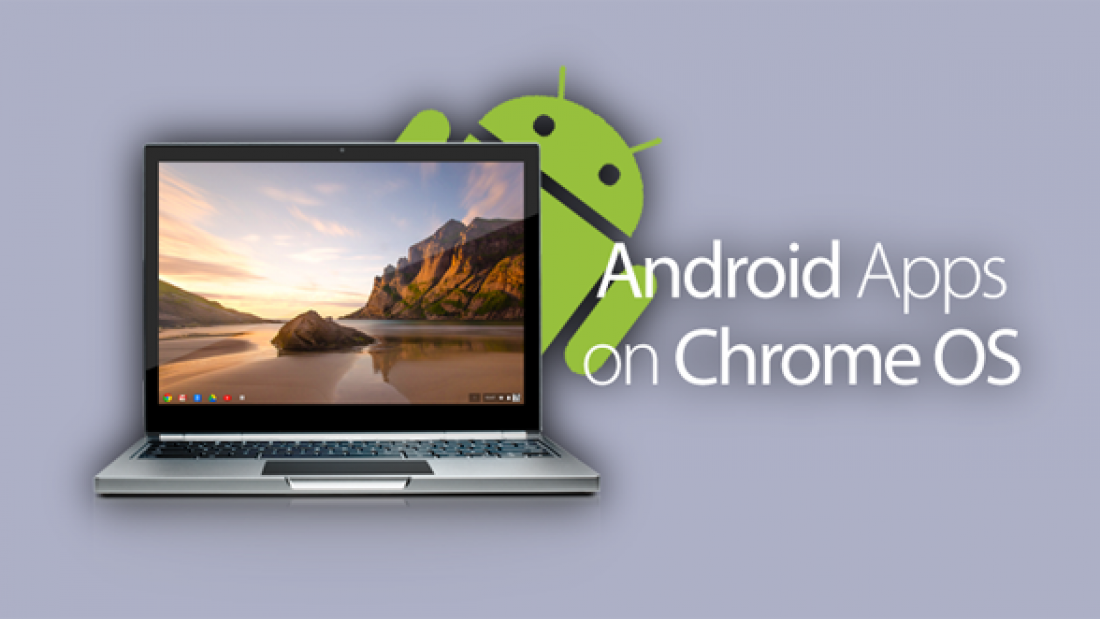 For this adaptation to be possible, developers must first optimize their applications to the Chrome OS platform at a minimum percentage. The idea is to reduce the effort required by programmers to zero, as detailed in Chromium. Chromebooks are going to have the same Google Play as any mobile or tablet. 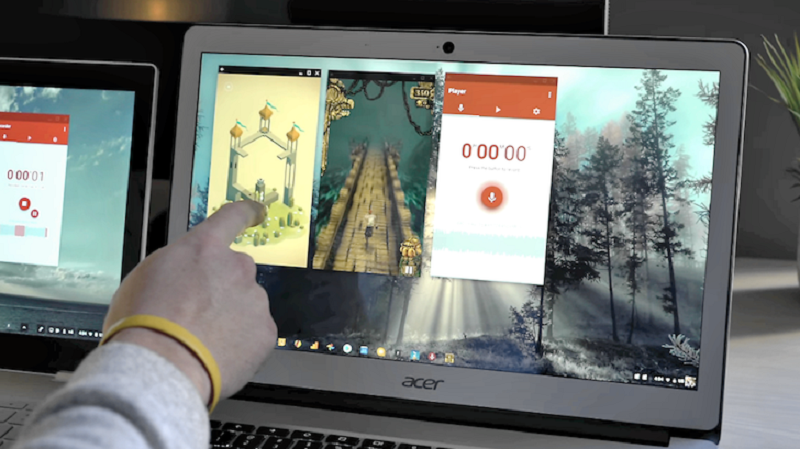 How to run Android apps on Chrome OS

Chromebooks come standard with Google Play, which means that more than one million applications and Android games are compatible with Chrome OS.

In all this time Chrome OS has been improving its integration with Android applications and games, improving its support so that they can be used as any desktop application, fully adapted to the windows interface and to be used with keyboard and mouse.

The Chrome OS 64 beta runs the Android applications in parallel. This means that all windows are running, it will not pause its execution as it happens in Chrome OS 63. 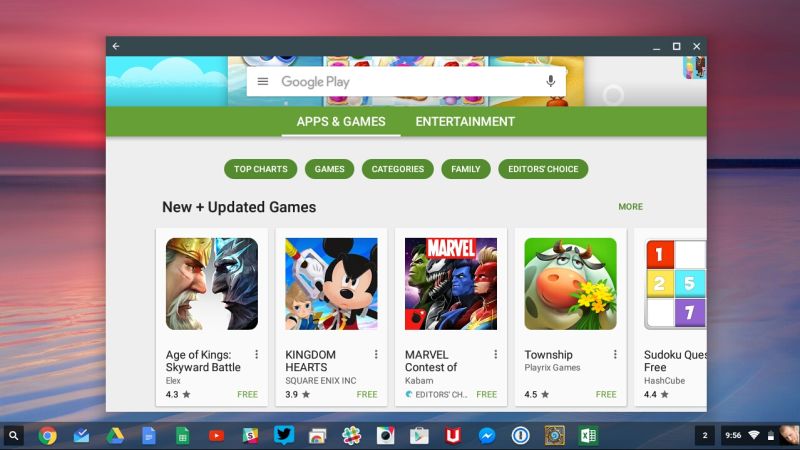 As confirmed in the official Chrome blog, the Google Play store will also officially land on Chromebooks. It will do so in the form of an application, just like on phones and tablets. It allows us to install our favorite apps directly from the official Google store.

Android applications will work on Chromebooks even if they have no internet connection. Also, it will be perfectly compatible with the multi-window, which means that we can have several apps open on the screen at the same time — being able to modify the size of the windows and its position on the screen).

Google’s applications will also be compatible with Chrome OS. Apps like Google Movies, Google Music, Google Books or Google Photos can be installed on computers. In the demonstration that the company has made during the Google, I / O. As they have reported from Android Central, applications such as Photoshop Mix, Microsoft Office, Facebook or Clash of Clans have also been shown.

For developers, the process to move better and optimize. An Android application to Chromebooks is summarized in five steps: 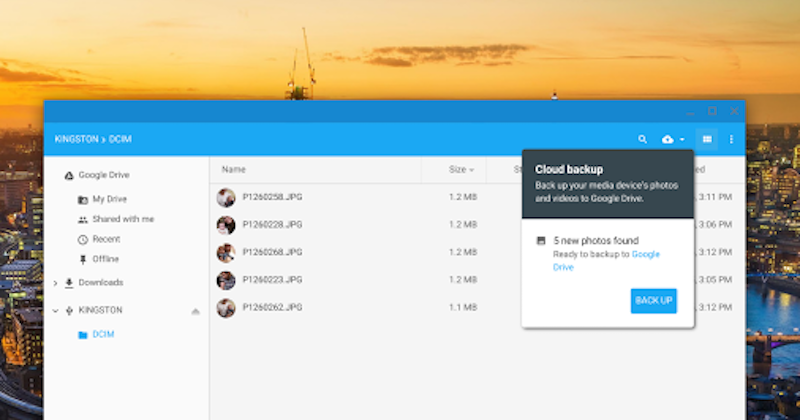 First, update the Android manifest [technical detail]. Support for multi-window. The adaptation of Android applications to Chrome OS will have support for the multi-window function. Use of the keyboard, touchpad, and mouse. Developers should ensure that their applications are compatible with these three elements.

They are going from Android M to Android N. Although initially, applications that will reach Chrome OS will do so under the Android version of Marshmallow. Developers should take into account the latest Android N for the future of their applications.

This news applied to the current devices that work under Chrome OS. It means that we will have the possibility to use in a Chromebook practically the same applications as in our phone. The applications will not run under any emulator but will do so natively, taking advantage of the full potential of computers.

All the tools needed to optimize applications from Android apps on Chrome OS will be released from June. Developers can use an Asus Chromebook Flip, a Chromebook Pixel or an Acer Chromebook R11 to perform the necessary tests before the definitive launch.

The list of Chromebooks compatible with Android applications can be found in this link. In addition to the three compatible devices in the testing phase, the compatibility will be extended.