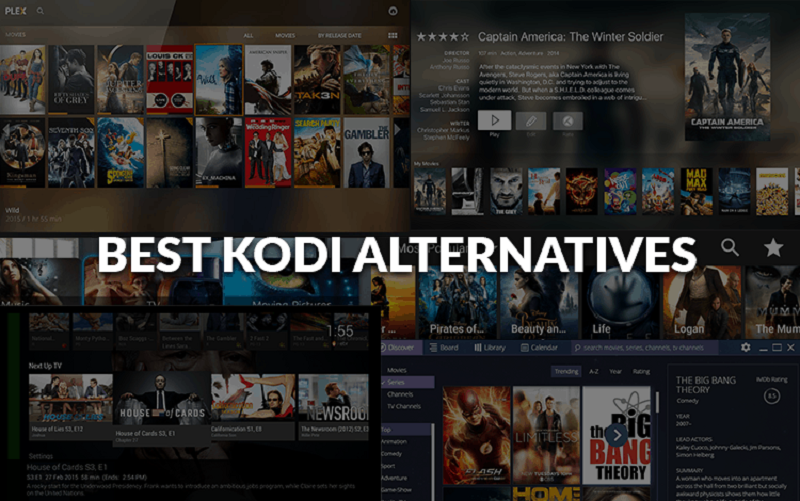 These are 5 alternatives to Kodi, 5 programs that will be used to stream television in the living room. Reproduce all kinds of content without worrying about add-ons or complicated menus.

With the advancement of technologies, the speed of connection to the Internet and, above all, the offer of content and formats available to play, PCs (in addition to other devices such as Raspberry Pi, iOS and Android) have become multimedia players that They have conquered our living room, in addition to our desk.

That is why there are applications like Kodi that are so popular since they reproduce a large number of music and movie files. They are also capable of expanding the entertainment offer with television channels, games, comics, podcasts, etc. If you like games with listening to music, try 8 games like clash royale for android.

As we have already mentioned, one of the most popular universal players is Kodi. It was born in 2002 under the name of XBMC, a project that sought to conquer the first Xbox and turn it into a very powerful multimedia machine. However, little by little it was disappearing from the console (on Xbox 360 Microsoft itself developed its Media Player) and it was renamed Kodi.

One of the advantages of Kodi is that being an open source program, there are hundreds of legal plug-ins that allow us to expand the possibilities of the program (although there are also others that violate copyright, of course). However, although it is a very powerful program to play content, you may have too many options if you only want to use it as a media player.

Therefore, below we show you the 5 best alternatives to Kodi. This 5 programs to play all kinds of video content and some extras that expand the entertainment offer. 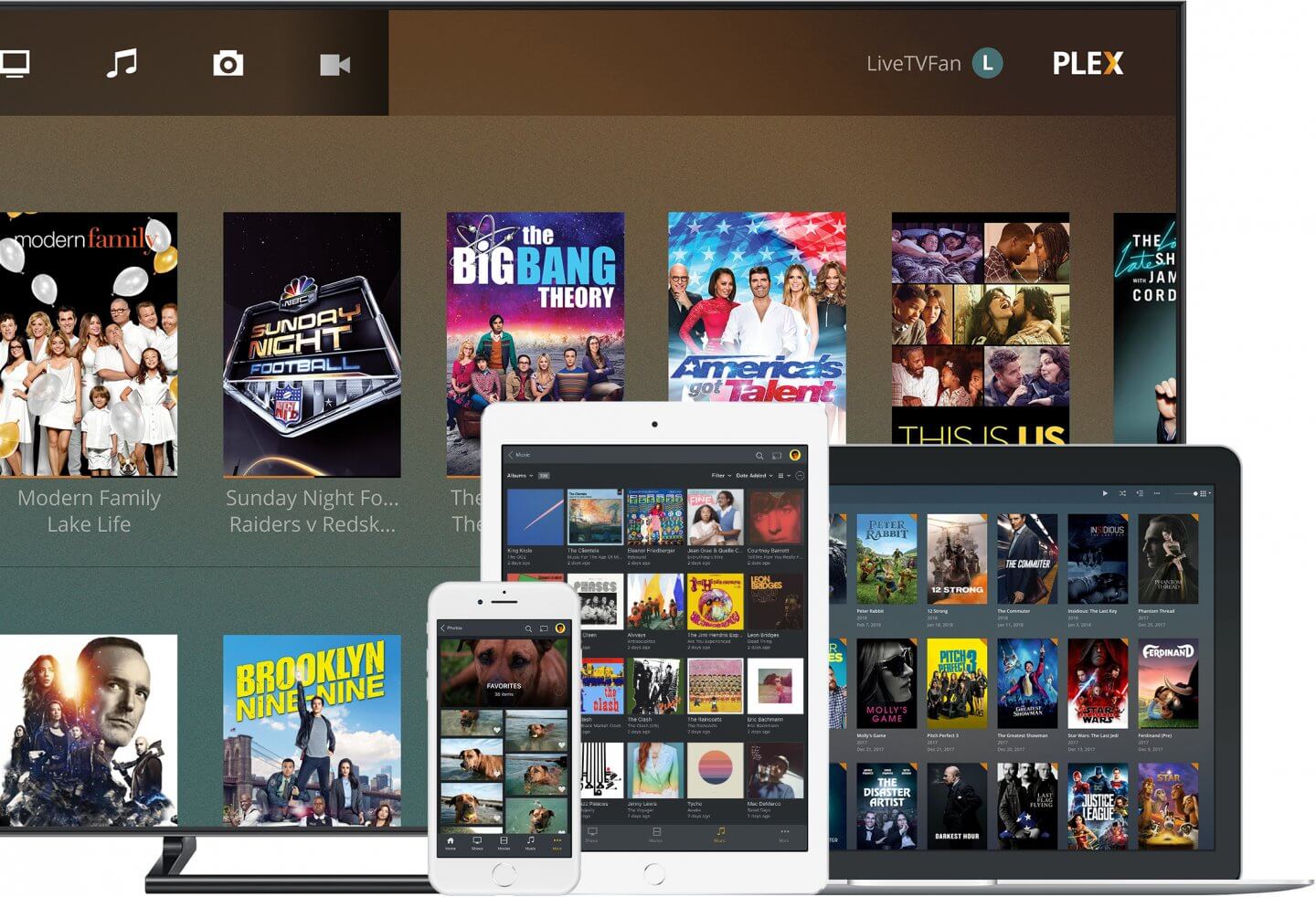 It is not exactly the same, but it is one of those programs that come to the fore when we are looking for an alternative to Kodi. Kodi is a player and Plex, let’s say, it’s more of a streaming platform that plays files stored locally on other devices. For example, we can use our computer as a server and Plex on the TV in the room as a player of those contents.

One of the advantages of Plex versus Kodi is that it is in a very popular system where we have not seen Kodi: PS4. Of course, we must take into account several details. Kodi is free and Plex, although it has a free version, has other options that are paid and that obviously extend the experience. To play the content locally, yes, the free version will be perfect.

The advantage of Plex is that it is the program itself that is responsible for the decoding of files, so we can have a PC a few years ago as a server and Plex will be responsible for everything when doing the streaming.

We leave you a comparison between Plex and Kodi, but if you want an alternative to Kodi, Plex is a great option to enjoy on the television in the living room (provided that lña broadband accompanies) without the need to transport an external hard drive from the PC to the TV. With the content, we want to enjoy. 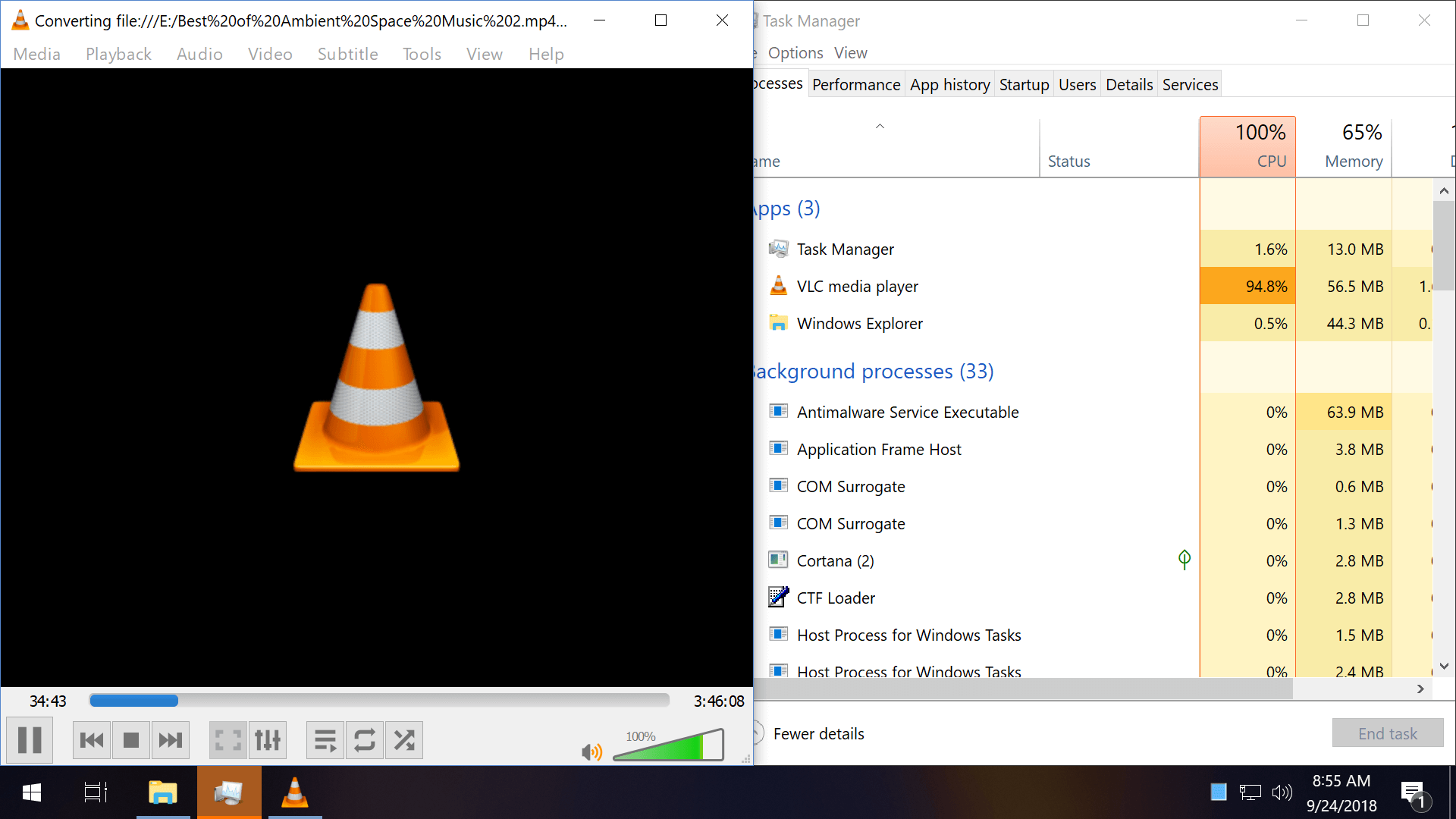 VLC is world famous and … yes, it’s not an XBMC like Kodi, but if you just want a file player. The VLC engine is powerful and reproduces smoothly AVI, FLV, MP4 and MPEG files. However, you can also with MKV, MOV, MPJPEG and FLAC to listen to music of the best quality.

Of course, VLC has a few tricks up their sleeve that allows us to record the screen of the PC to watch TV and listen to the podcast. They are extra features that make VLC a great alternative to Kodi if we only look for a powerful file player.

In addition to PC, we can find it on Xbox One and is one of the best video players in the console because it reads everything. 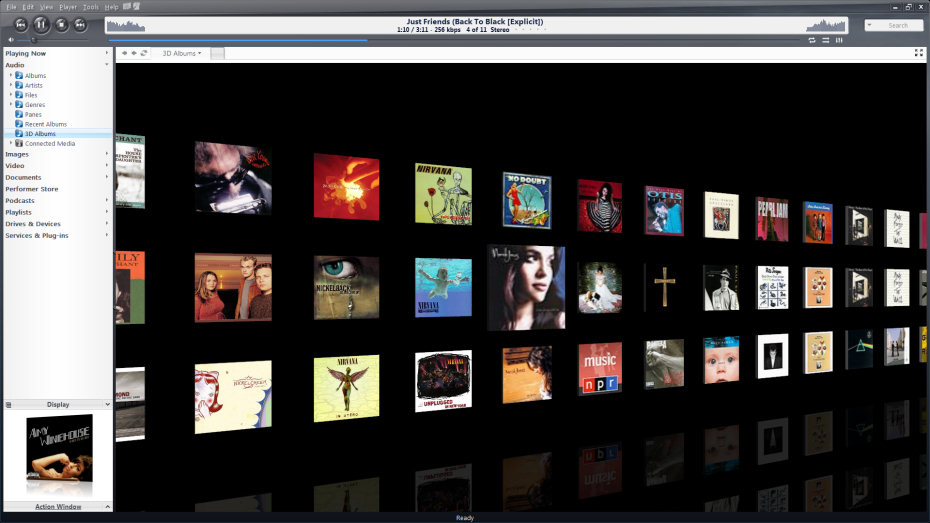 JRiver is multiplatform, and we can find it in Windows, Mac, and Linux, and it is an application similar to Kodi in terms of some menus whose main characteristic is that of being a complete multimedia player.

You can see images to play Hulu or Youtube videos (before you could do it with Netflix), watch certain TV shows, use a skin for the TV adapted to this format and play all kinds of music, image and video content with very good quality. It is an HTPC of proven quality, but it has a price. 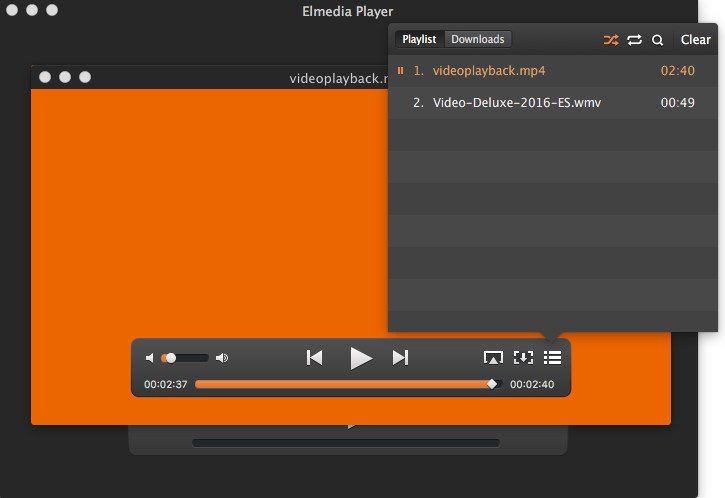 If you have Mac, one of the best alternatives to Kodi is Elmedia Player. It is one of the best video players for Mac, and is, in that sense, very similar to VLC. That is, forget functions such as add-ons, here we are talking about a powerful multimedia player.

The main advantage of Elmedia Player is that everything is done by hardware. That is, the Macs are not famous for their graphics power, but the latest models of iMac and MacBook Pro (those with dedicated cards, of course) are more than capable of dealing with multimedia files in high resolutions with good Mbps rate.

Having hardware acceleration, Elmedia Player ensures that the CPU does not suffer and that the GPU is responsible for everything to reproduce the videos correctly. Also, it has a browser to watch Internet videos that follow the same principle of hardware acceleration as local videos, and if we want to play files like FLV or MKV, we will not have problems.

It has a version ” Pro ” that costs € 19.95 and adds features, such as the ability to download videos from different platforms, but if we do not need that, the free version of Elmedia Player is one of the best video players for Mac. 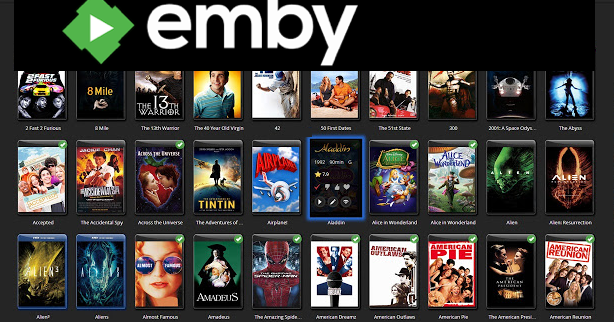 Finally, we leave you may be the best alternative to Kodi … and Plex. And, Embry is very similar to Plex, but the main difference is that it is Open Source and completely free. The main thing of Embry is that it maintains that philosophy of Plex of being a player in streaming of contents that we have in a local network stored in a computer that acts as a server.

But it also has features such as the ability to find subtitles that make it a great player and, also, its library is one of the best we can find in an application of this style. Oh! Why choose? We can install Embry in Kodi and enjoy, on the one hand, the advantages of Kodi and, on the other, the empty player and blib libraries and the DLNA options.

Without a doubt, it is one of the best alternatives to Kodi, and also one of its best complements. Embry is compatible with a lot of devices such as Windows, Linux, Mac, Android, Xbox, Samsung Smart TV and the Chromecast itself. 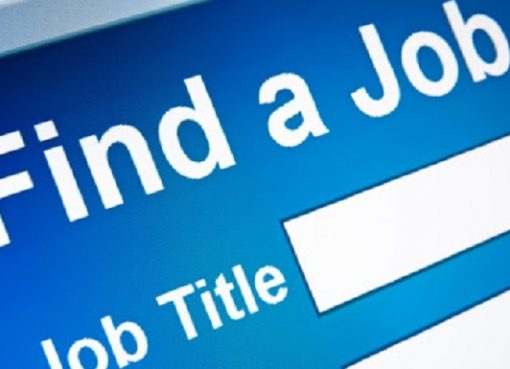 How to Use Twitter to Get a Job? Favorable Tips for Beginners 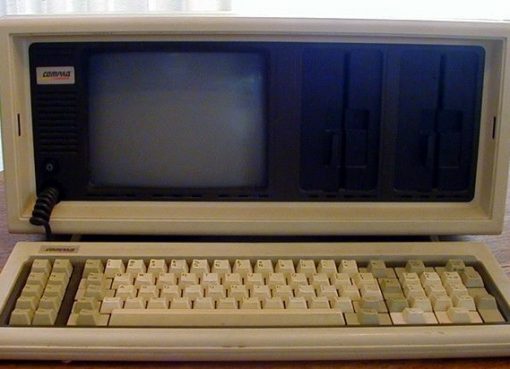 What was the First Laptop in world that shipped worldwide?

Even the simplest of notebooks make our day-to-day life easier and allows us to have entertainment anywhere in the world. It is difficult to imagine our lives without the portable computers. However,
Read More 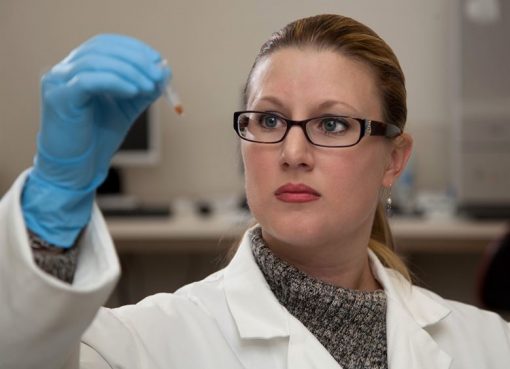 Concern over how Brexit will affect clinical trials and future pharmaceutical regulations seems to be making companies hesitant when it comes to conducting studies in Britain. The number of new clinic
Read More 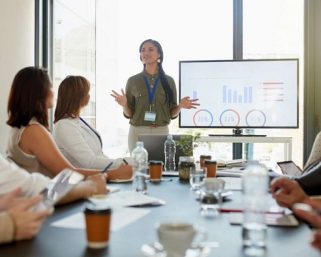 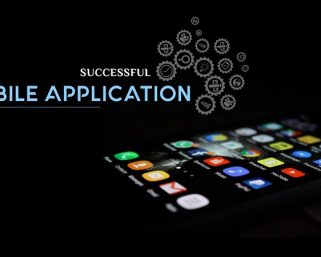 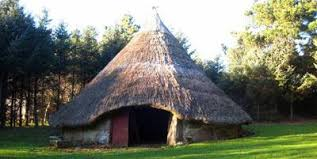 Standfast Creative Reviews Building a Roundhouse in the Iron age. 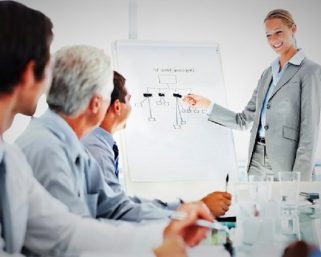 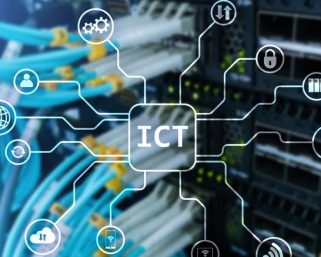 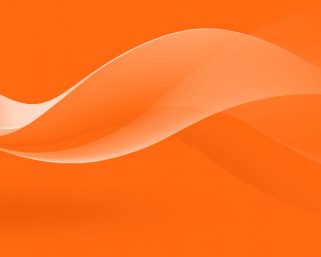 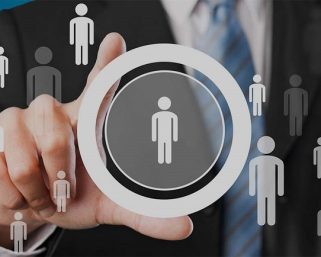 Digital Advertising Corporate Social Networks: 8 reasons to bet on them 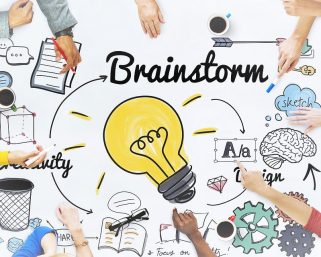 Creative Marketing Brainstorming: 10 rules for using it in the company 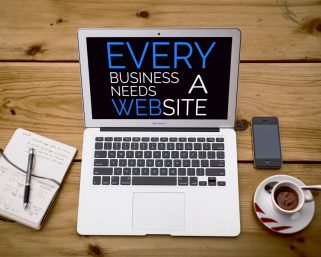 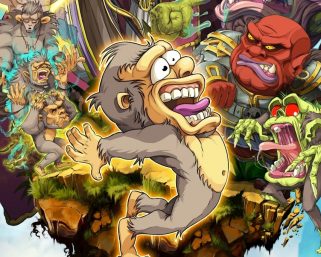 Creative Games Toki: The remake of classic arcade promises to be one of the best games of Nintendo Switch